Why did the Space Shuttle always keep its cargo bay doors open while in orbit?

And does space smell? It shouldn't, obviously... right?

Seven Worlds was designed to be grounded in real science. The goal was not to create a "Hard SF" game that requires you to have a Ph.D. in physics to play, but neither was it to settle for the whooshing, aerodynamic, exploding WWI-dogfights-in-space of Star Wars. Hey, Babylon 5 did newtonian space combat in the nineties! And more recently, The Expanse does some great realistic science-fiction. So, why not have realistic SF in an RPG?

Seven Worlds gets (most of) its science right in two key ways: The game feels real; and the book provides a learning experience along the way. 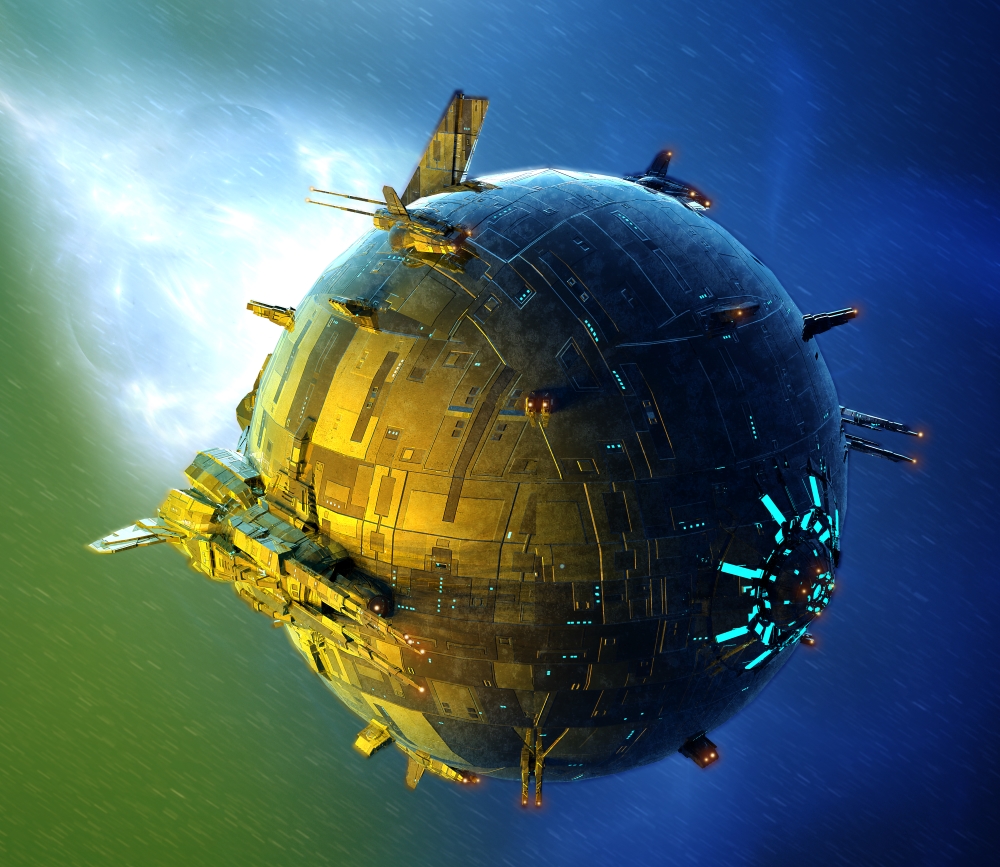 (why is this ship spherical? Surely there's a scientific reason for that, right? Read on and find out!)

Having a good science foundation for a science-fiction game begins with remembering this is above all, a game, and games are supposed to be fun. So, what scientific laws does Seven Worlds break in the name of a fun and interesting game? The setting breaks many rules, but three are so important they deserve a mention here:

So, with all these scientific cop-outs, what's left? A lot! The Seven Worlds Setting Guide leverages our current scientific understanding for energy, medicine, gravity, super-conductors, nano-fibers, genetics, alien life, AI assistants, and much, much more, and puts it into the game with the science to back it up. How cool is that? 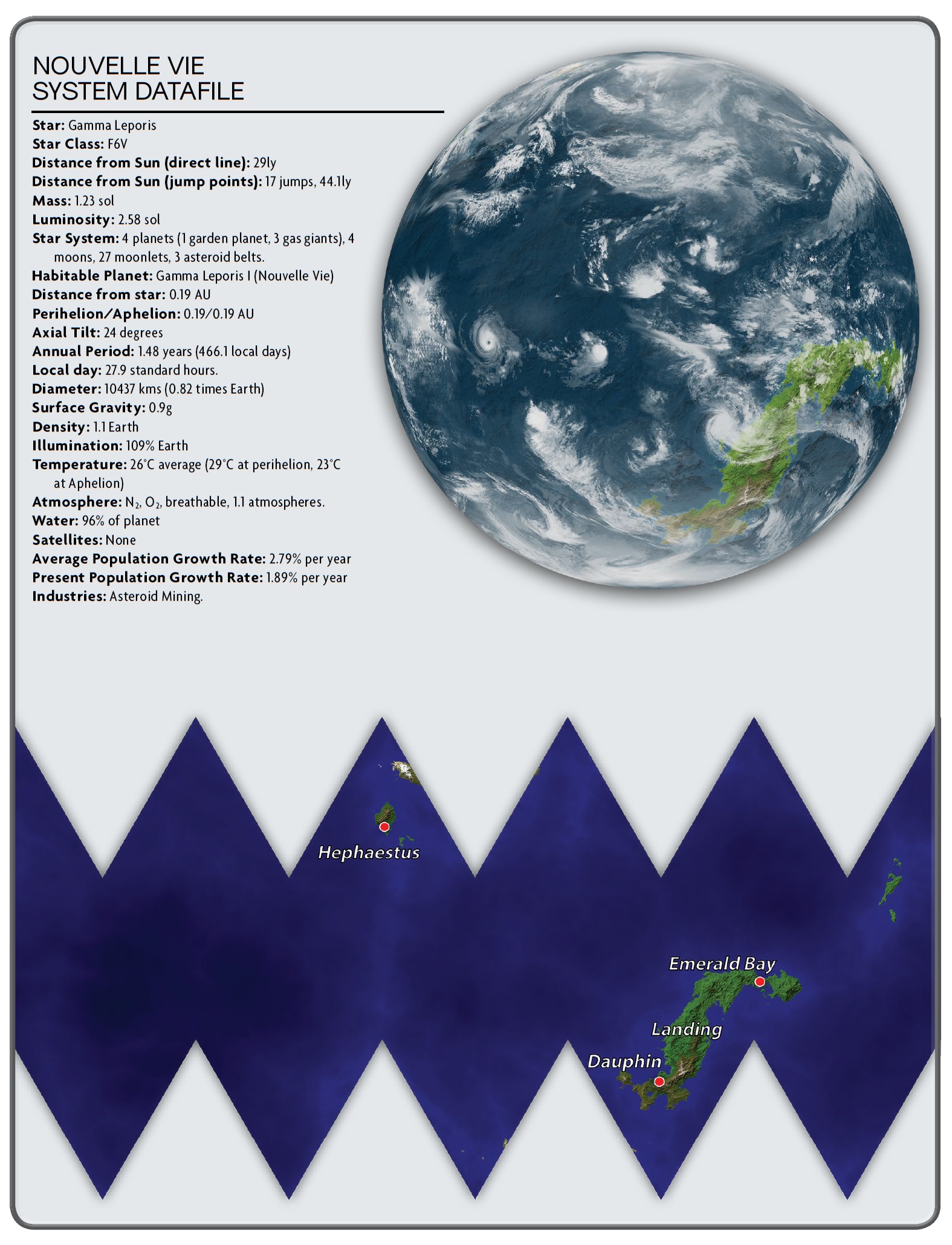 Another design goal of Seven Worlds was: how can we make this easier to learn for people who are curious about the science? The end result was sidebars: More than forty entertaining and thought-provoking tidbits of science scattered throughout the Setting Guide, complete with references for further reading at the end of the book. The answers to the Space Shuttle and smell-of-space questions at the top of this post are there, for example, so we won't spoil them here.

These are the titles of a few of the many sidebars you will have:

And this one, of course: 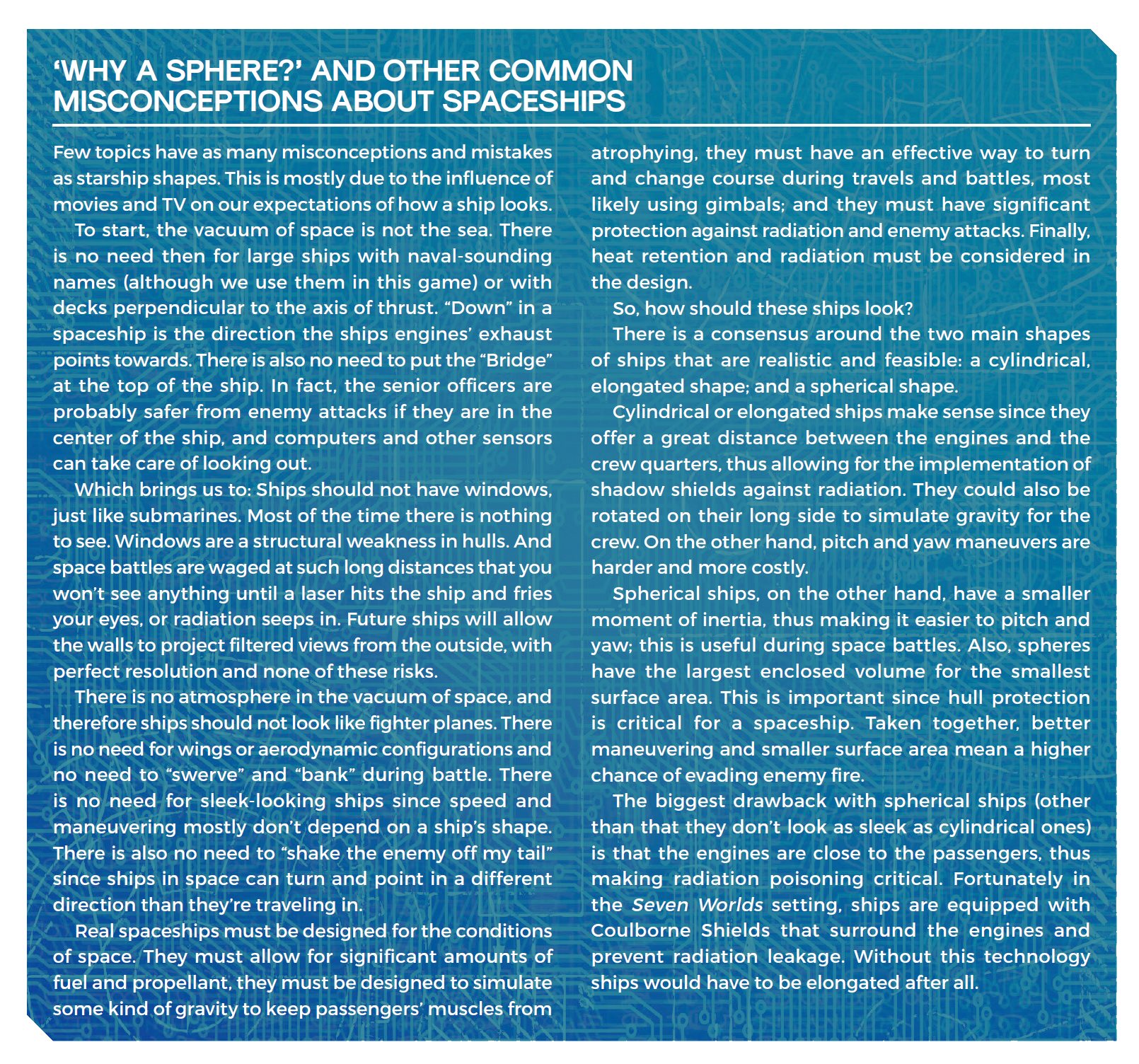 Another cool addition to the Seven Worlds Setting Guide is the Distance Line: An unbroken line that flows from the very first page to the last page of the book, and that measures, at-scale, the distance between our Sun and Proxima Centauri, the star closest to us. Along the way, the distance line marks the position of all the planets in the solar system, the Oort Cloud, and many other things. It's a great way to visually grasp something our human minds have so much trouble comprehending: The immense distances of Space!

So, in short, Seven Worlds takes its science seriously. Even when it's ignoring it.

(You probably noticed that there was almost no mention of the science behind space battles. That's because we've already covered that here).